Bherd Studios Gallery operates with a spirit of collaboration amongst artists. They have developed a niche by featuring urban and contemporary art in the Pacific Northwest. We first met Bherd’s owners John and Michele Osgood back in 2006 when we ourselves had our own art gallery. John Osgood was one of the very first artists that had a show at Blank Space Gallery. We have enjoyed following their artistic careers as colleagues and as friends.

We were thrilled to design Bherd’s self-published book, Look Up Here. It celebrates five years of exhibitions and showcases 33 artists who have played an integral role in shaping the Seattle urban art scene. 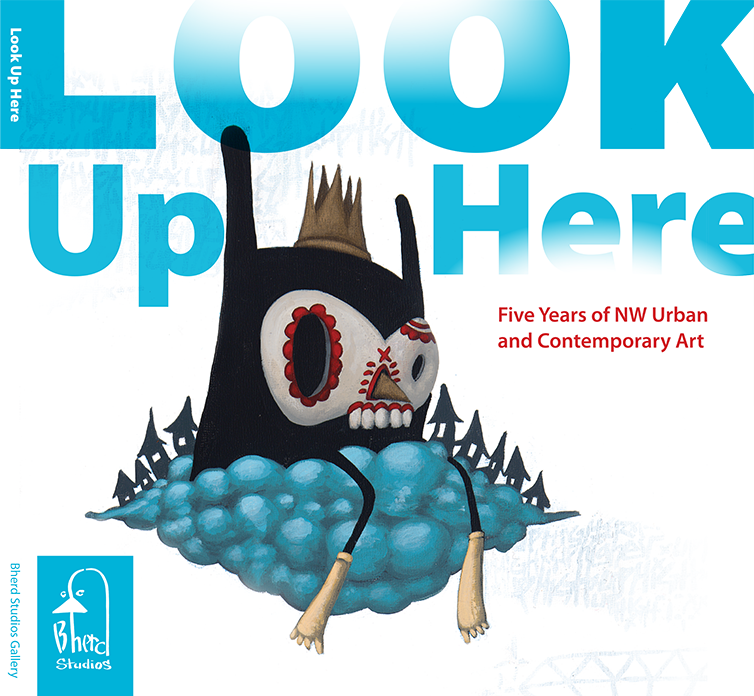 The clean book design creates a framework to display a wide range of art. Each artist has four pages and a single color paired with their pages. This unifies the book as a whole, and creates a visual cue for readers to know when they are looking at a new artist. The colorful bars paired with large typography gives the book a sense of vibrancy and playfulness. The variance in positioning, headline sizes, and the artwork itself creates a energetic cadence throughout the 142 page book.

Bherd believes the Seattle art scene is ripe for recognition. Their mission is to promote the promising talents of local artists. The cover design and image by artist Carlos Aguilar represents the theme of Look Up Here.  We have lots of amazing urban contemporary art happening in Portland, Seattle, and Vancouver Canada. 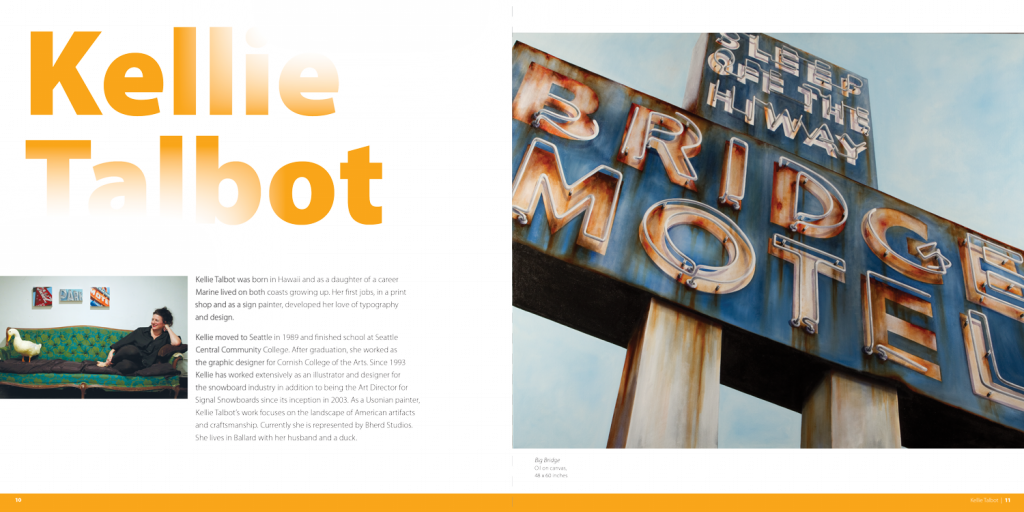 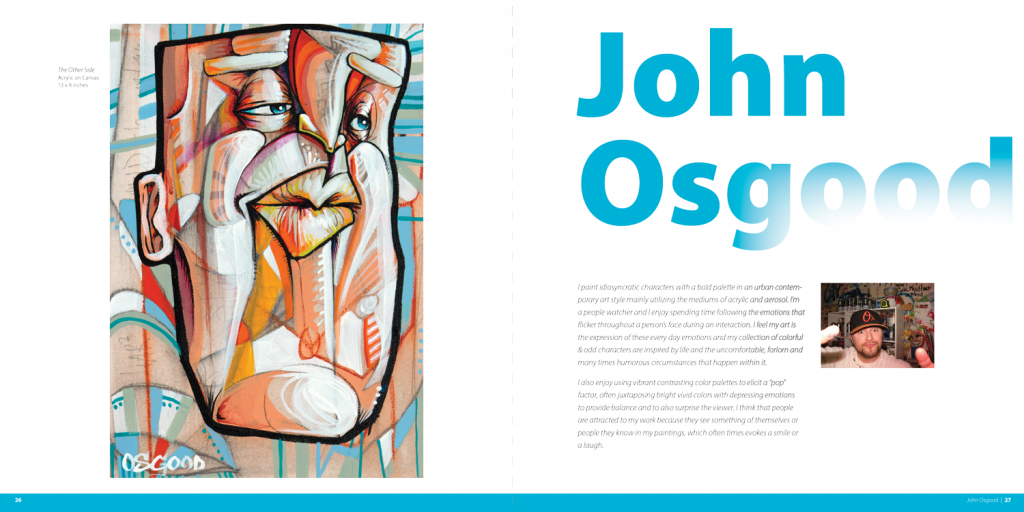 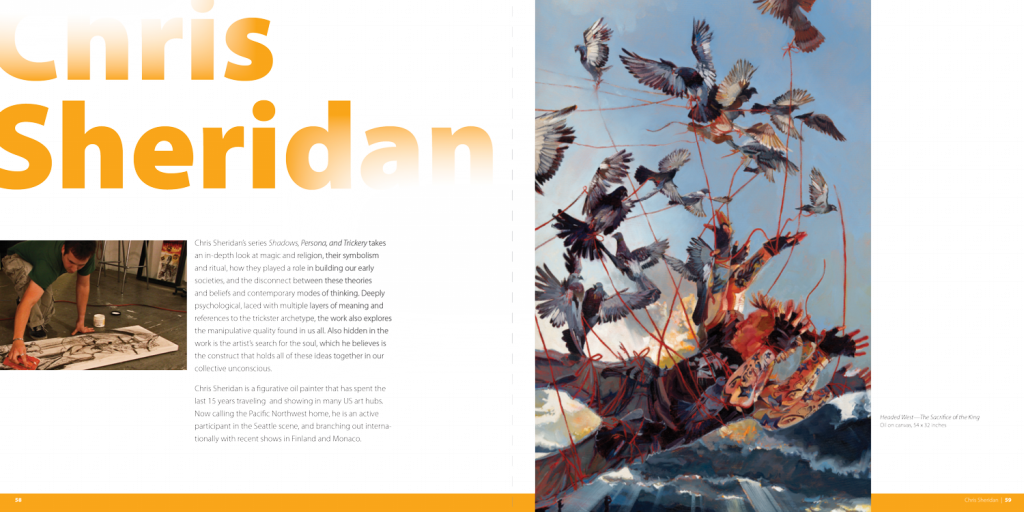 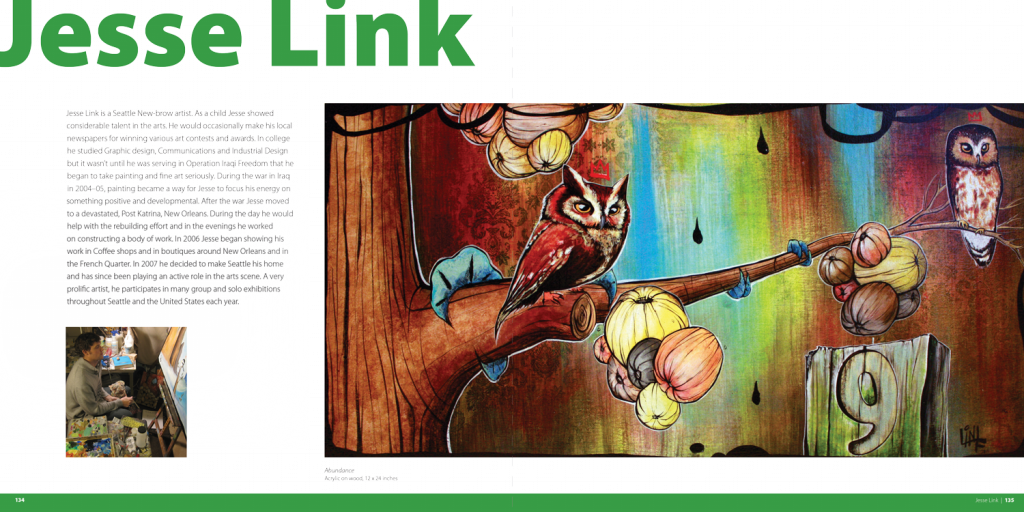 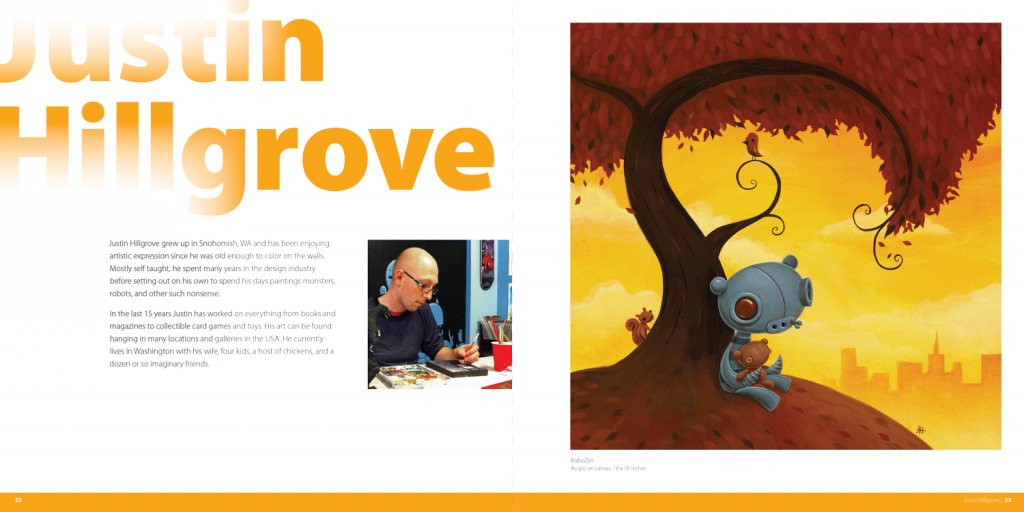 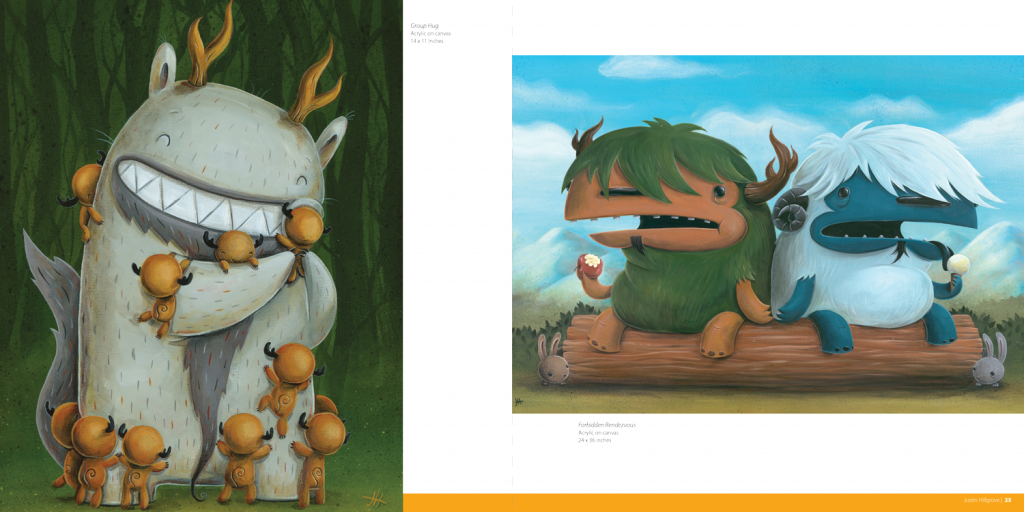 . . . In a well-made book, where designer, compositor and printer have all done their jobs, no matter how many thousands of lines and pages, the letters are alive. They dance in their seats. Sometimes they rise and dance in the margins and aisles.
— Robert Bringhurst, The Elements of Typographic Style

Buy a copy of Look Up Here 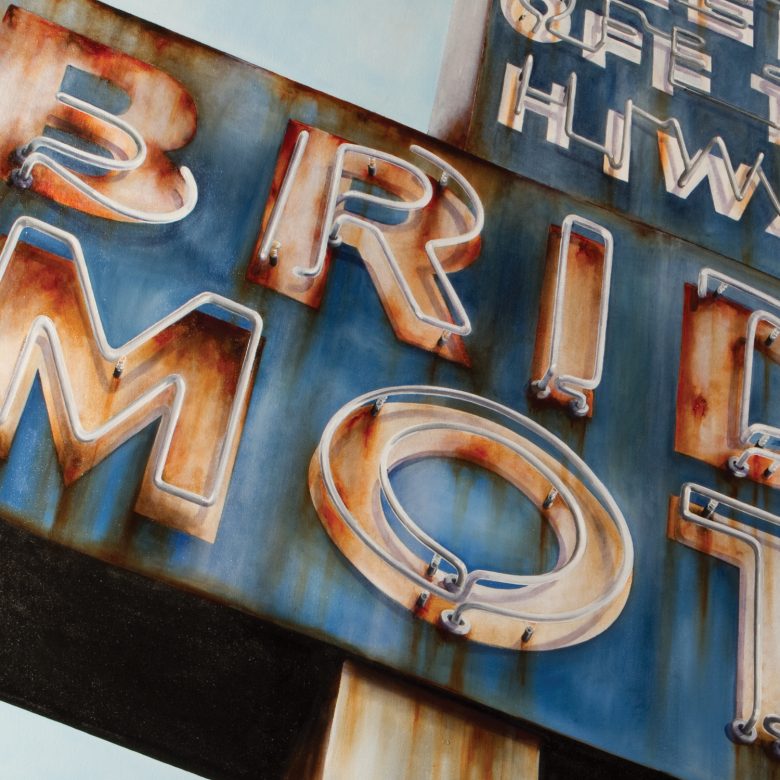 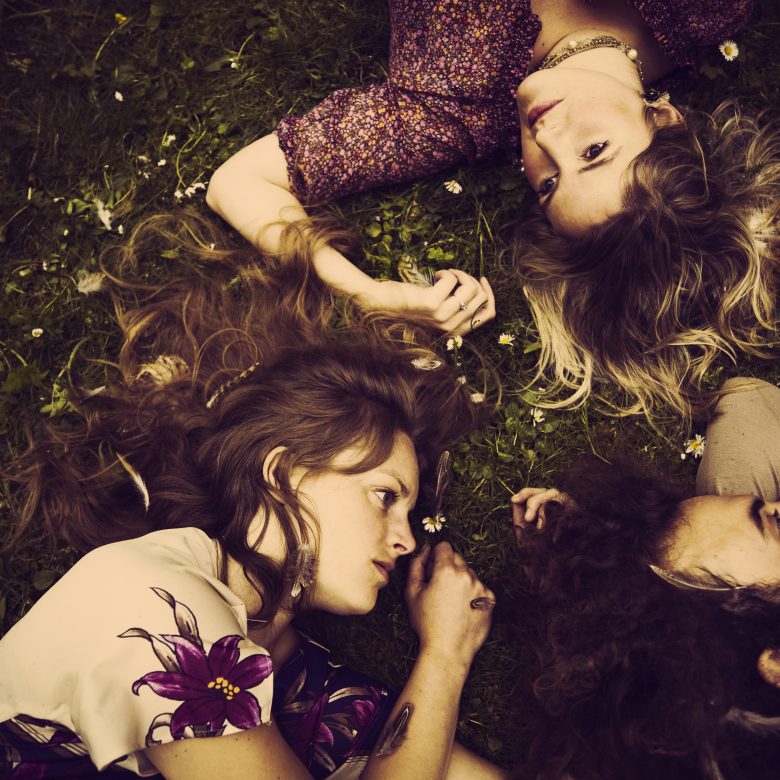 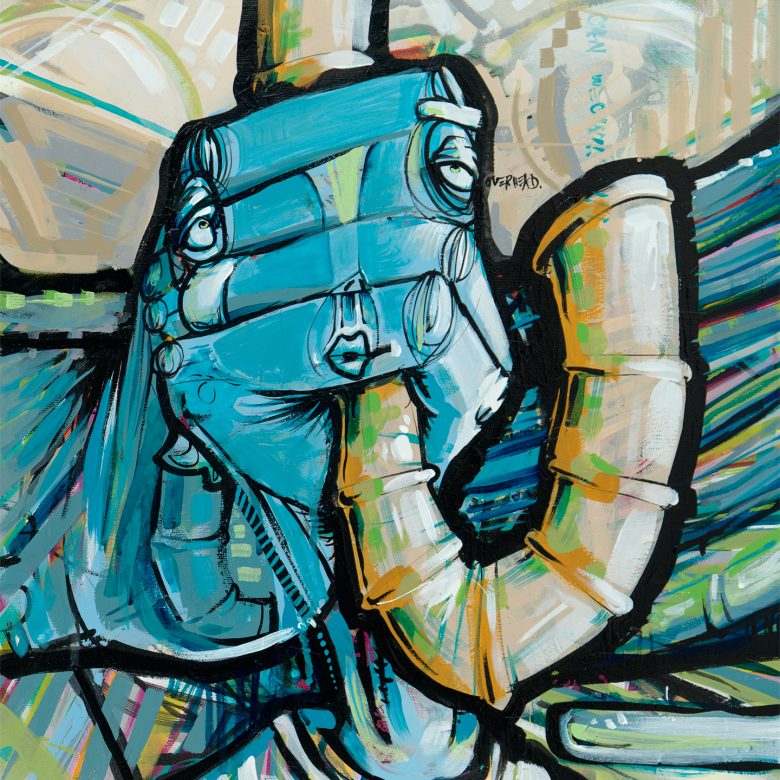