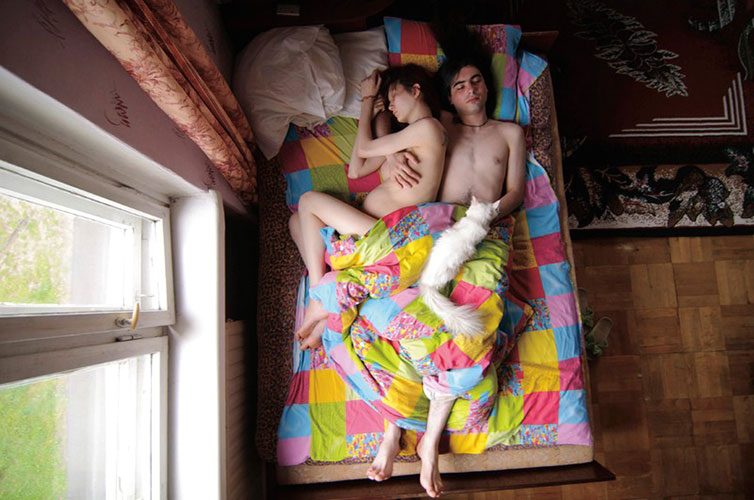 Russian photographer Jana Romanova’s series called “Waiting” is simply stunning. Each image quickly pulls the viewer into the couples bedroom, into their lives.

The series portrays young pregnant Russian couples sleeping in the early morning hours. Jana describes it as “the time when people don’t really care about their appearance, being natural. They are preparing to become parents in few months, and the project investigates not only their attitude to each other during the period of expecting a baby, but also the way young families live in big cities of modern Russia, 20 years after the fall of the Soviet Union, the country that will be known to their children only from history books.”

The series started as her way to respond to the sudden shifting social scene of her close friends. When she was 25 suddenly all of her friends started to getting married and having children. Jana did an open interview with Vice discussing some of the stories behind the couples and her process. She says “That picture said something to me about their relationship; the way they were sleeping made them seem very much like a team and extremely disconnected at the same time.”

The project consists of 40 images, like 40 weeks in pregnancy. 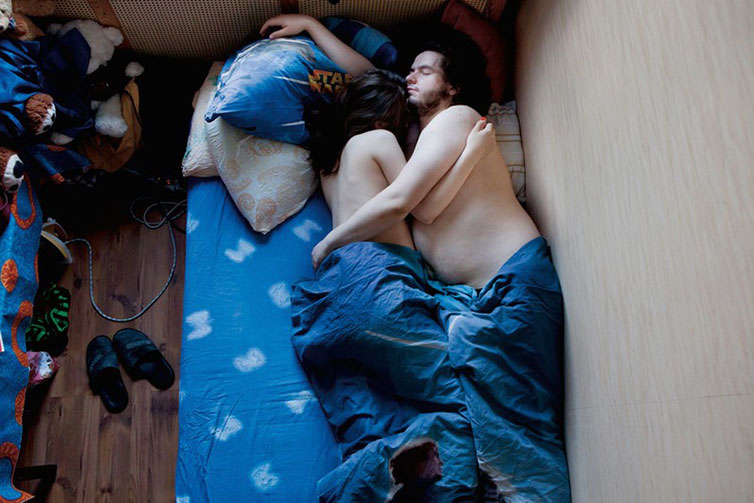 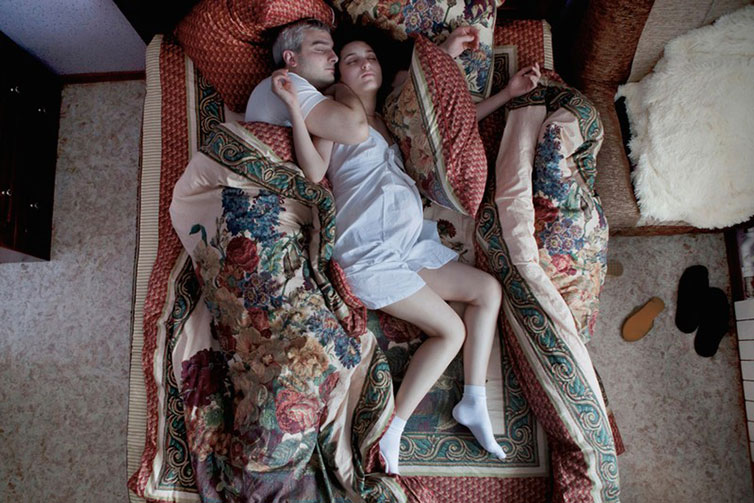 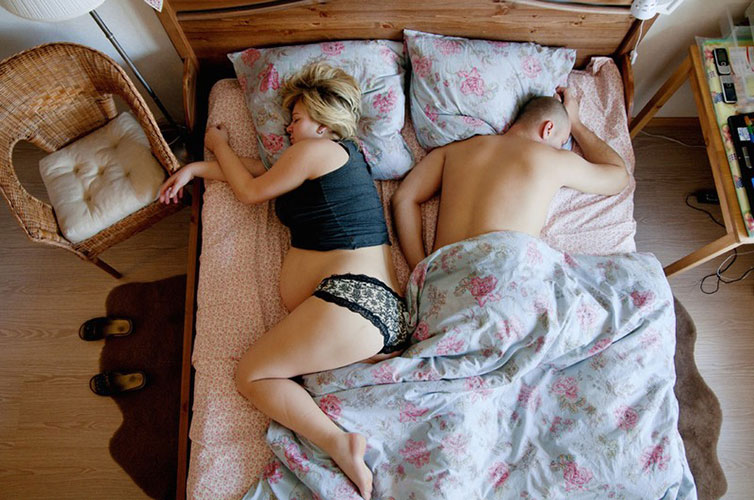